Browsing all articles in 7 Wonders
May
11
4 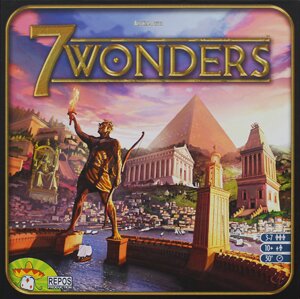 Photo by "A Traveler"

Even though 7 Wonders shot to the top of the hotness, I was initially uninterested. This is mostly because of the little research I did on the game didn’t make it sound like anything all that different than any other games out there. Granted, most of the stuff I was reading was just comparing 7 Wonders to Fairy Tale. And while I like Fairy Tale, I didn’t need another version that didn’t even play well with 2 players.

So then a buddy in my gaming group mentioned to me that he really wanted to try it because it has a civilization building element and that it would work with his family. He added it to an order with a few other games, one of which (Showmanager) was delayed over and over again. Itching to get the game in hand, he actually ordered another copy with a recent order that I made. What this meant for me, was that he would have an extra copy available. After a few plays with him, my fiancée and I, my better half “instructed” me to pick up this game. So, of course, I listened!