2012 has been a crazy year for me, both personally and in the board game hobby. I have never purchased, played or traded more games than I have this year. Because everyone seems to be doing a Top 10 of 2012 list, I will be doing something a little different. I will be ranking the 17 2012 games that I’ve played, since we really won’t be able to know which are the “best” for a few years. Here goes!


Here are the 2012 games I or someone in my group owns and have yet to play (in no particular order): 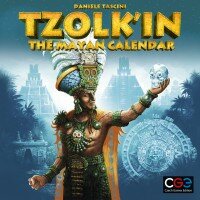